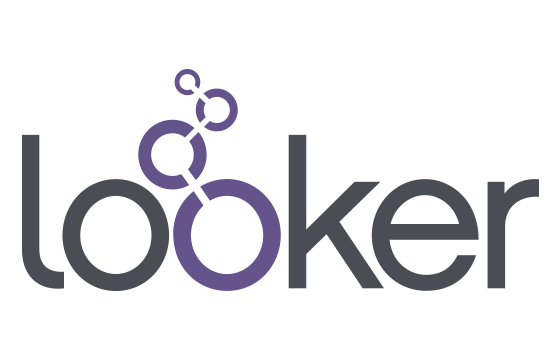 This page provides you with instructions on how to extract data from FormKeep and analyze it in Looker. (If the mechanics of extracting data from FormKeep seem too complex or difficult to maintain, check out Stitch, which can do all the heavy lifting for you in just a few clicks.)

FormKeep provides form endpoints that designers and developers can use when they don’t want to build and maintain forms themselves.

Looker is a powerful, modern business intelligence platform that has become the new standard for how modern enterprises analyze their data. From large corporations to agile startups, savvy companies can leverage Looker's analysis capabilities to monitor the health of their businesses and make more data-driven decisions.

Looker is differentiated from other BI and analysis platforms for a number of reasons. Most notable is the use of LookML, a proprietary language for describing dimensions, aggregates, calculations, and data relationships in a SQL database. LookML enables organizations to abstract the query logic behind their analyses from the content of their reports, making their analytics easy to manage, evolve, and scale.

Getting data out of FormKeep

FormKeep makes its data available through webhooks, which you can set up on FormKeep's Webhooks tab. You provide a URL to send the data to and write your script to POST data to this URL as it's generated.

If you don't already have a data structure in which to store the data you retrieve, you'll have to create a schema for your data tables. Then, for each value in the response, you'll need to identify a predefined datatype (INTEGER, DATETIME, etc.) and build a table that can receive them. FormKeep should provide documentation that tells you what fields are provided by each endpoint, along with their corresponding datatypes.

Complicating things is the fact that the records retrieved from the source may not always be "flat" – some of the objects may actually be lists. This means you'll likely have to create additional tables to capture the unpredictable cardinality in each record.

To perform its analyses, Looker connects to your company's database or data warehouse, where the data you want to analyze is stored. Some popular data warehouses include Amazon Redshift, Google BigQuery, and Snowflake.

Looker's documentation offers instructions on how to configure and connect your data warehouse. In most cases, it's simply a matter of creating and copying access credentials, which may include a username, password, and server information. You can then move data from your various data sources into your data warehouse for Looker to use.

Once your data warehouse is connected to Looker, you can build constructs known as explores, each of which is a SQL view containing a specific set of data for analysis. An example might be "orders" or "customers."

Once you've selected any given explore, you can filter data based on any column available in the view, group data based on certain fields in the view (known as dimensions), calculate outputs such as sums and counts (known as measures), and pick a visualization type such as a bar chart, pie chart, map, or bubble chart.

Beyond this simple use case, Looker offers a broad universe of functionality that allows you to conduct analyses and share them with your organization. You can get started with this walkthrough in Looker's documentation.

Keeping FormKeep data up to date

Once you've set up the webhooks you want and have begun collecting data, you can relax – as long as everything continues to work correctly. You'll have to keep an eye out for any changes to FormKeep's webhooks implementation.

From FormKeep to your data warehouse: An easier solution

As mentioned earlier, the best practice for analyzing FormKeep data in Looker is to store that data inside a data warehousing platform alongside data from your other databases and third-party sources. You can find instructions for doing these extractions for leading warehouses on our sister sites FormKeep to Redshift, FormKeep to BigQuery, FormKeep to Azure SQL Data Warehouse, FormKeep to PostgreSQL, FormKeep to Panoply, and FormKeep to Snowflake.

Easier yet, however, is using a solution that does all that work for you. Products like Stitch were built to move data automatically, making it easy to integrate FormKeep with Looker. With just a few clicks, Stitch starts extracting your FormKeep data, structuring it in a way that's optimized for analysis, and inserting that data into a data warehouse that can be easily accessed and analyzed by Looker.

Stitch integrates all of your FormKeep data so you can focus on analysis in Looker, not data consolidation.